Online Gambling In The US Is Looking Towards Mobile 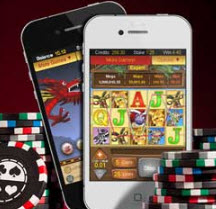 Online gambling in the United States continues to be a fairly sensitive subject, with only a few states actually allowing and regulating online casino games and online poker. However, the size of the grey market in the country for iGaming is huge and it has spawned several major operators which are not licensed.

The good news for American players is that there is a lot of potential for growth of the online gambling industry in the country and after the success seen in New Jersey, more states are considering passing their own legislations in order to allow operators within their borders. The trend seems to be based on partnerships between local casino companies and offshore operators which bring a lot of experience to the table from European markets. While the industry still needs to catch up in many ways, the large number of interested customers makes it a very important market for the global iGaming industry.

The Mobile and Table Gambling Summit recently took place in the USA and it further highlighted the fact that the future of online gambling is in mobile devices. Players want to have their favorite gaming options available with them wherever they go and since casino games don’t require a lot of resources and fit perfectly on the smaller screens, they make for the perfect options for smartphones and tablets.

According to the conclusions from the summit, mobile gambling apps in the United States will play an important role in the industry and not just on a local level, but also in the global market. It is expected that the total will reach the staggering figure of $100 billion by the year 2017 and this would be in no small part due to mobile gaming.

Smartphone penetration is now at around 75% and in the next three years, experts predict that about half of the gaming income in the US will come from mobile betting. Some European operators have already announced that more than half of their revenue came from mobile users in the previous year and the trend just continues to get even stronger.

Bumps on the way

Of course, the road is not quite smooth and there are still plenty of issues that need to be resolved in order for the industry to move forward. Aside from the difficult regulations and the state-by-state legalization across the nation, technical problems represent significant bumps on the road.
Since online gambling is only expected to be legal in certain states in the next few years, the importance of geolocation programs will become even more important. The situation in New Jersey has shown that while the system is working rather well, there is still plenty of room for improvement. Those close to the borders generally have the most difficult time since the program isn’t quite accurate and it often times denies access to players despite the fact that they are within the state borders.

The registration and authentication processes also need work since they can present discouraging difficulties for users to get started and play due to constant verifications that interrupt their gaming session. Last but certainly no least, the payment and withdrawal methods for online gambling in the United States is limited due to some banks and credit card issuers still seeing the activities as controversial.

With all that being said, mobile remains the biggest opportunity for gambling operators to drive profit over the next few years. Smartphones and tablets are quickly replacing desktop computers and are now more accessible than ever before. As new models get released the prices drop for older generations and more customers can afford to buy a highly performant smartphone that allows them to access various apps.

The growth of mobile internet also plays a big role in this regard, especially for applications that require an internet connection in order to provide the full experience, like mobile gambling. With a simple swipe of a finger, you can easily spin the reels on your favorite slots game, no matter where you are.